Michael Breen, born and raised in Hollister, California, enters his first year as a head coach in the VBCBL. Currently, Breen is the graduate assistant at San Jose State University, a Division 1 program in the Mountain West Conference. Breen is a recent graduate of SJSU, and played for all 4 years for the Spartans. He was mainly an infielder, although he played every position except for catcher and centerfield throughout his tenure. His summer collegiate baseball career was an adventurous one, having played for the DC Grays in the Cal Ripken Collegiate League in 2014, the Belmont Owls in the Rocky Mountain Collegiate League in 2015, and was a member of the inaugural Gresham Greywolves in the West Coast League in 2016. This previous summer, Breen was an assistant for the Utah Marshalls, an independent summer team that ended their season with a 69-13 record. Having earned his business marketing degree, Breen is currently pursuing his master’s in sports management. 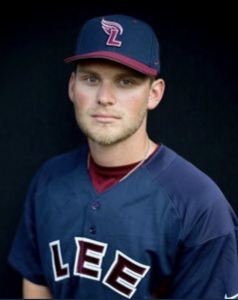 Josh Taylor is in his 3rd year of coaching. He is currently coaching at Lee University in Cleveland, Tennessee  where he works with the outfielders and hitters. He was previously at Roane State Community College in Harriman, Tennessee. At Roane State, Taylor coached the catchers and hitter and recruiting. His playing experience was at Roane State where he was a catcher, first base, and third base. This is his first year coaching in the Virginia Beach League.