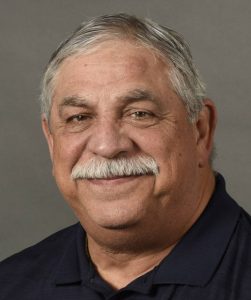 Prior to the 2017 season, former Old Dominion baseball head coach Tony Guzzo returned to ODU as a Special Assistant to the Head Coach.

In his first season as the Special Assistant, Coach Guzzo helped guide the Monarchs to a 37-21 record, the most single-season wins for the program since 2006. ODU also compiled a 19-11 record during Conference USA play and finished second in the league during the regular season, its best finish since joining Conference USA.

In his early days as a coach, he served as a graduate assistant at East Carolina from 1976-78 and as head baseball and football coach at Norfolk Catholic High School from 1972-76.

Coach Guzzo played both baseball, as a catcher and football as a placekicker at East Carolina University. He is the parent of two children; a son, Anthony, and a daughter, Gina.

A native of Norfolk, Coach Guzzo graduated from Norfolk Catholic High School in 1967 and earned a B.S. degree in health and physical education from East Carolina University in 1971.

Allan Erbe is a former Associate Scout with the Chicago Cubs and LA Dodgers organizations, and has spent 35 plus years coaching baseball in the Tidewater area.

Coach Erbe, along with local baseball legend Towny Townsend, helped establish the area’s first youth travel baseball organization, the Virginia Blasters, one of the many high quality programs Coach Erbe was involved with that helped develop many of the areas top baseball players, including MLB’s Mike Cuddyer, David Wright, BJ Upton, Josh Rupe & Jimmy Anderson, along with over a dozen more players who played professionally in the minor leagues and indy ball.

Coach Erbe is part of a core of outstanding baseball men who have helped to establish the Hampton Roads area as great baseball player developmental juggernaut and a hot bed of big league prospects.  A resident of Hampton, VA, Coach Erbe has continued to help develop players and advance the baseball careers of local baseball players for over 35 years. Coach Erbe will be working with the position players this summer, in addition to other coaching duties with the Shredders. 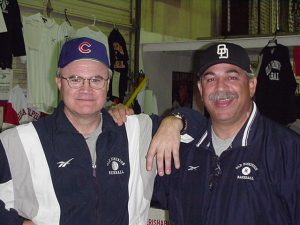 Coach Guzzo and Coach Erbe, reuniting after going 63-25 coaching together at NCHS and going 30-14 while coaching together in American Legion Posts 204 & 35; including coaching Tidewater area baseball legend Billy Swoope at both NCHS & Post 35, back in the early days of their respective coaching careers, before Swoope was drafted in the 10th round by the LA Dodgers (1976). After his playing career ended, Swoope has enjoyed a long and distinguished scouting career as the Chicago Cubs east coast senior scout.  Both Tony Guzzo and Allan Erbe played in the TSL in the early 70’s for Fett Roofing and Allan Erbe also played for Burtons Appliances. The TSL is excited to have these great baseball men back in the league for the 70th Anniversary season of the Tidewater Summer League.

There have been 13 MLB Players coached between Coach Guzzo and Coach Erbe. 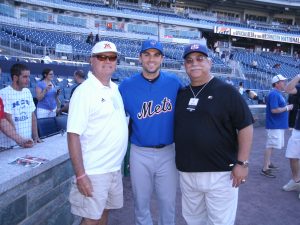 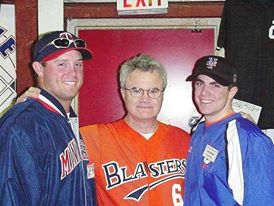 Coach Denette was an outstanding player for Churchland High, earning Portsmouth Player of the Year honors, All-Southeastern District, led district in batting, All-Tidewater led tidewater and all AAA schools in OBP. All-Region. Gary went to Christopher Newport University, where as freshman he led team in batting. Gary also was a starter on the Chesapeake Cubs travel team managed by Allan Erbe. Gary was an outstanding top of the order hitter/ baserunner and performed effectively at several positions including P, SS, 2B and CF. Gary is currently a SCPO in the USN, having served 20 years. Gary is currently the JV coach at Churchland HS.

Go back to 2018 Teams/Coaches Page