Become a fan of
Portsmouth Yardbirds

Coach Bates is currently serving as the assistant Coach/recruiting coordinator at Rust College in Holly Springs, MS. Coach Bates has previously served as head coach at Lane College in Jackson, TN as well as several other coaching positions. Prior to beginning his coaching career, Coach Bates served our Country in the US Army.

Coach Bates earned his BS degree in Education from Liberty University, and his BA in Theology from the University of Minnesota Graduate School of Theology, Brooklyn center, MN.

Coach Bates played his collegiate baseball at Coahoma Junior College in Clarksdale, Mississippi and then Mississippi Valley State University. Coach Bates will be entering his first TSL season as an associate head coach with the Portsmouth Yardbirds. 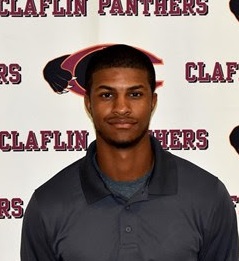 Coach Gilbert will be joining the Yardbirds for the 2019 season. Coach Gilbert hails from the Pacific Northwest where he spent 2 years playing outfield for Edmonds CC in the state of Washington. He’s currently the Asst Varsity Coach at Norfolk Christian where he’s helped turn the program into one of the state’s finest. In addition to coaching at the HS level he’s spent over a decade coaching Travel, Showcase and American Legion baseball. The Yardbirds are excited to have Coach Gilbert’s plethora of experience for the 2019 season.