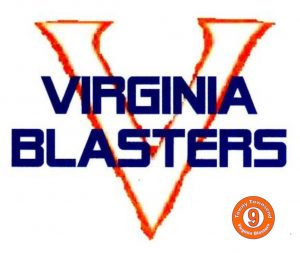 Become a fan of
Virginia Blasters

With over twenty years of professional pitching experience under his belt, Coach Gary Lavelle will be an incredible asset to to the Tidewater Collegiate Summer Baseball League and our players. He spent most of his his pro pitching career with the San Francisco Giants where he was twice named a National League All-Star and held the record for most game appearances as well as being listed in the top 10 for saves and wins.

Coach Lavelle also played pro ball for the Toronto Blue Jays and the Oakland Athletics before deciding to move from the mound to the coaches’ box, where he had a strong desire to work with youngsters in developing their baseball ability, sportsmanship and leadership.  As head coach of Greenbrier Christian Academy in Chesapeake, VA, Lavelle was named TCIS Conference Coach of the Year for six consecutive years, as well as a seven-time Virginia State Independent Schools Coach of the Year.  Lavelle’s team was a four-time winner of the Metro Conference Championship, a six-time winner of the Division I Virginia State Championship, and winner of the Division II Virginia State Championship in 1999. 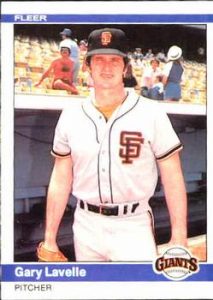 In 2000, Coach Lavelle returned to professional baseball as a Pitching Coach for the New York Yankees where he culminated his career as the 2004 Eastern League All Star Game Pitching Coach. After five years with the Yankees, Lavelle decided to return to Greenbrier Christian Academy where he had found his true calling. Over the next 10 years, his team went on to win the Virginia Independent Schools State Championship four times and Lavelle was named Coach of the Year for each of those years. 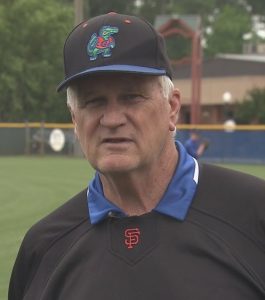 Coach Gary Lavelle officially retired from Greenbrier Christian Academy at the end of the 2016 school year, and after serving 3 seasons the Head Baseball Coach of the Bryant & Stratton College Bobcats, where he continued to help develop and mentor young student athletes, Coach Lavelle retired from coaching. The Tidewater Summer League is honored to have Coach Lavelle working with our players again this summer

After serving as an assistant coach with the Virginia Beach Shredders during our 2018 season, and Coach Denette will be rejoining us as co head coach of the Virginia Blasters for the upcoming 2019 season. Coach Denette was an outstanding player for Churchland High, earning Portsmouth Player of the Year honors, All-Southeastern District, led district in batting, All-Tidewater led tidewater and all AAA schools in OBP. All-Region. Gary went to Christopher Newport University, where as freshman he led team in batting. Gary also was a starter on the Chesapeake Cubs travel team managed by Allan Erbe. Gary was an outstanding top of the order hitter/ baserunner and performed effectively at several positions including P, SS, 2B and CF. Gary is currently a SCPO in the USN, having served 20 years. Gary is currently the JV coach at Churchland HS.

Assistant Coach Mitch Everett is entering his second year of coaching in the TSL, and will be assisting Head Coach Gary Lavelle with the Blasters again this summer. Coach Everett is currently serving as a vol. assistant coach at Elon University.