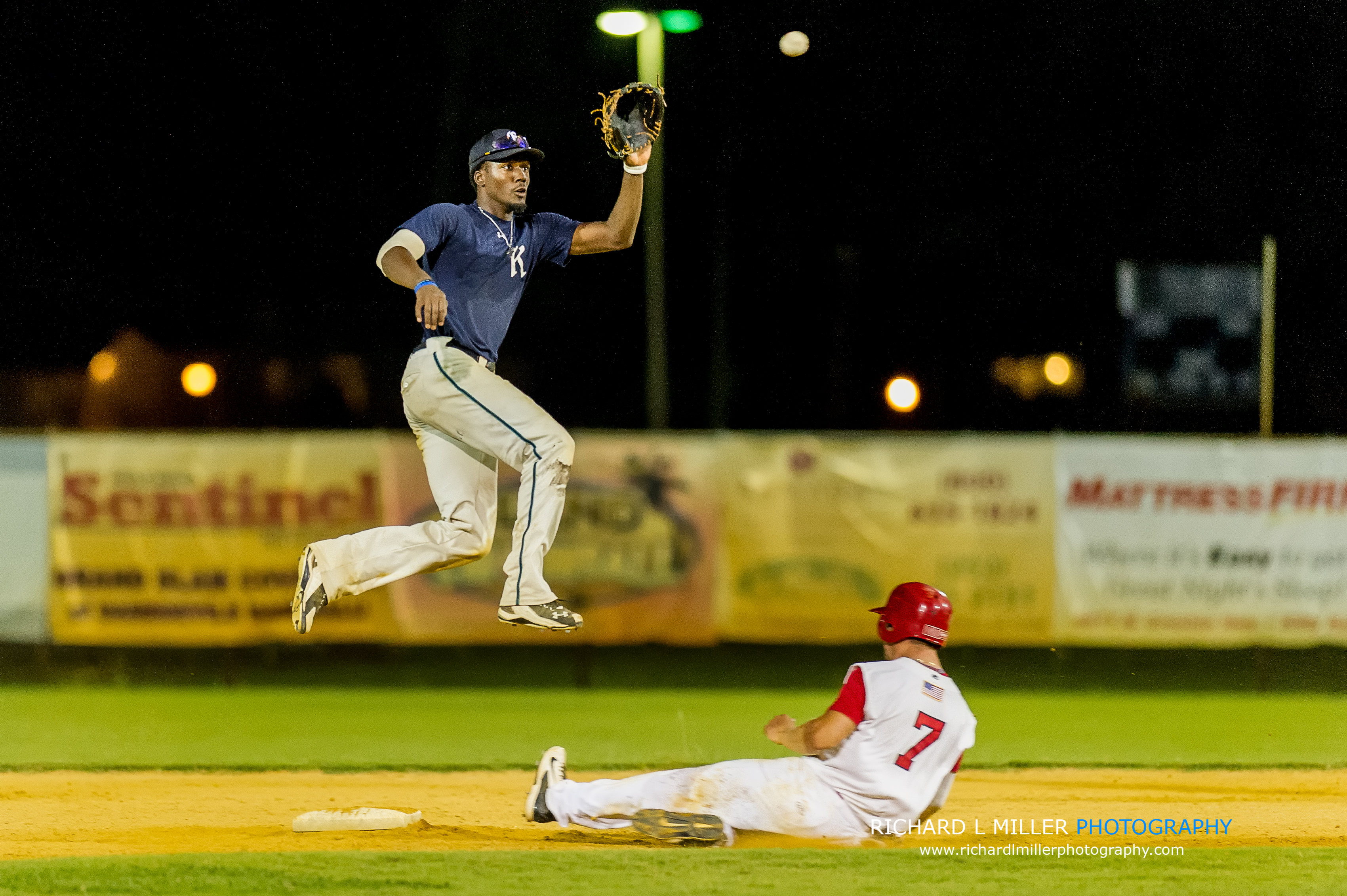 The Outer Banks Daredevils got shut out 5-0 by the Greenbrier Knights in Game Two of the League Championship Series on Wednesday at PNC Park, First Flight Athletic Complex, tieing the series at one game apeice.

Josh Mason got the win for the Greenbrier Knights. He tossed six innings of shutout ball. He struck out two, walked one and surrendered five hits. Greg Beale pitched two shutout innings in relief, giving up no hits, with one strikeout and one walk, and Colby Rudis pitched a perfect ninth, with no hits, no walks and one strike out, to perserve the shut out and close out the win for the Knights.

With the game still knotted at 0 – 0 in the top of the fifth, Jamison Griffin reached on a walk, stole second, and scored on an RBI double by Bryce Myers, giving the Knights a one run lead, which in the end would prove to be enough. The Knights were not done scoring however, and posted four runs in the 8th inning, capitalizing on three walks, one hit batsmen and RBI singles by Mike Kroll and Evan Roberts.

Bailey Lipscomb started for the Outer Banks Daredevils, and pitched 7 strong innings, giving up only four hits, one run and three walks while striking out five Greenbrier hitters, but still was charged with the loss as the Daredevils were unable to keep pace with the Knights offense.

The deciding Game 3 of the 2015 League Championship Series will be played tomorrow, August 6, 2015 at PNC Park in Kill Devil Hills. Game time is 7:05pm.