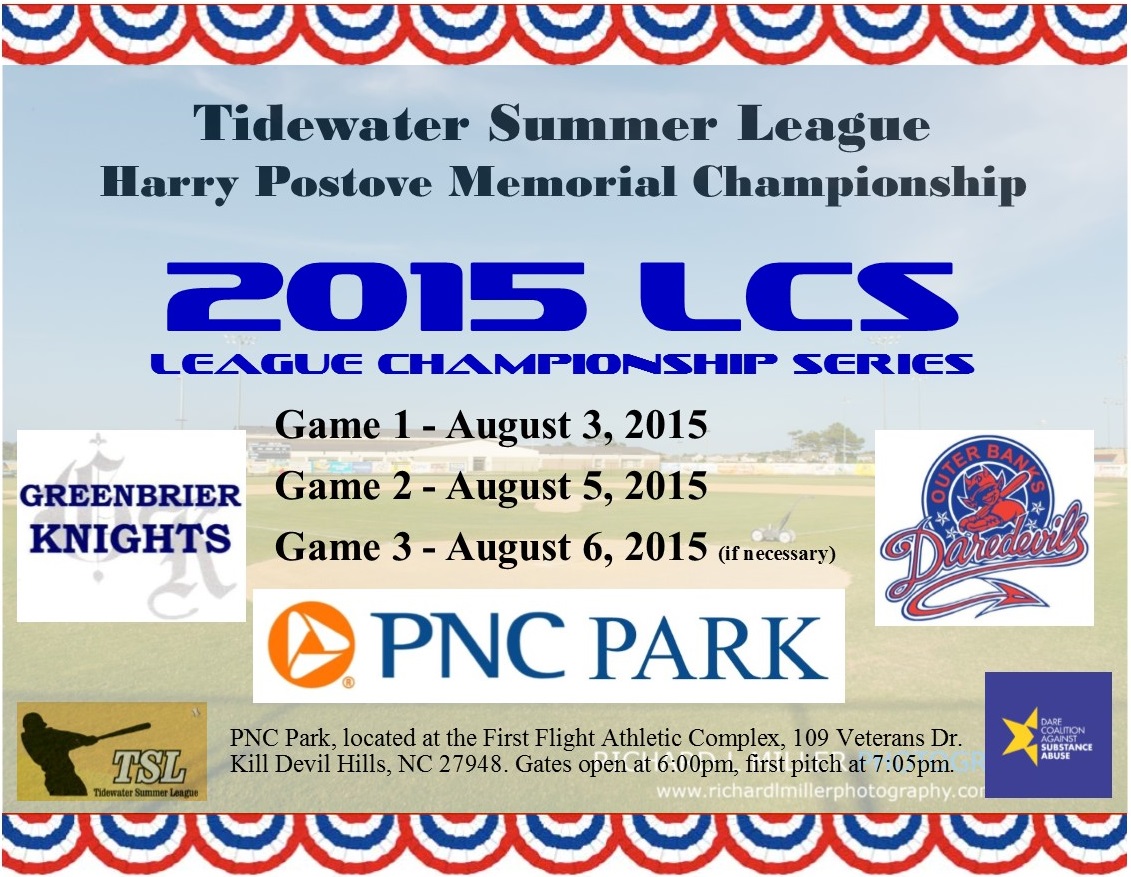 The Tidewater Summer League’s Harry Postove Memorial Championship game 2 will be played on Wednesday, August 5, 2015 in Kill Devil Hills, NC as the Greenbrier Knights (0-1) will be taking on the Outer Banks Daredevils (1-0) in Game Two of this Best of 3 – League Championship Series. The Daredevils lead the series 1 – 0.

Game Three (if necessary) will be played on Thursday, August 6th.

If you can’t make it to the OBX, you can listen to the Daredevils U-Stream broadcast online at  http://www.ustream.tv/channel/outer-banks-daredevils-baseball