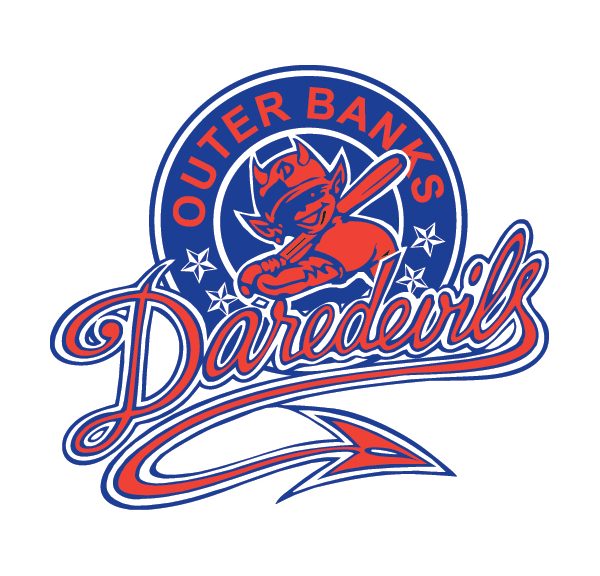 An eight-run explosion in the fifth inning hoisted the Outer Banks Daredevils to a 13-2 win over the Virginia Beach Waves at TowneBank OBX Park on Thursday.

Ryan Creps (Cansisius College) did his best to jumpstart the offense for the Daredevils, reaching base four times. He scored three runs and had one RBI and Jay Golliday (Cambell Univ.) continued his hot streak at the plate, going 3 – 3, with a run scored and an RBI. Josh Brooks (East Carolina Univ.) got the win for the Daredevils. He allowed one run over five innings. Brooks struck out two, walked four and gave up three hits.

Mitch Malherbe (Rose State) ended up on the wrong side of the pitching decision, charged with the loss. He allowed five runs (four earned) in four innings, walking three and striking out three. The Waves offense was led by Julian Guiterrez (Milliken Univ.) who went 2 for 5 at the plate.

The Outer Banks Daredevils went up for good in the first, scoring four runs on a fielder’s choice and a sacrifice fly by West, and never relinquished the lead.