The Virginia Beach Shredders Baseball Club is excited to announce the signing of Barry Powell as their new head coach for the 2019 summer season. Coach Powell brings decades of coaching experience to the Shredders and the Tidewater Summer League. Also joining the Shredders staff for the upcoming 2019 season is Associate Head Coach Murray Ruggiero and assistant coaches Matt Carter and Jonathan Shiver. The Shredders and the league are excited to have Coach Powell, Coach Ruggiero, Coach Carter and Coach Shiver joining us for the 2019 season. 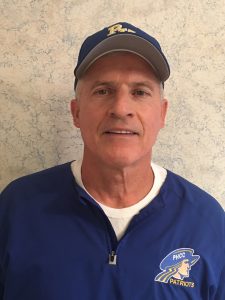 Coach Barry Powell comes from Patrick Henry Community College baseball program where he serves as the pitching coach for the  2018-19 season. He has an Associates Degree in Arts and Sciences from PHCC and a Bachelors Degree from Mary Baldwin University in History.  Coach Powell currently teaches Physical Education and Health at George Washington High School in Danville. While this may be his first year with PHCC, this is by far not his first year coaching.  He has coached for more than 40 years and at many different levels.

Coach Powell is originally from the South Boston/Halifax area, where he coached middle school and American Legion baseball.  He has coached at Martinsville high school as well as in the Collegiate Coastal Plains league with the Martinsville Mustangs.  He moved to George Washington High in Danville and was the assistant coach until 2013 when he took over as head coach. In 2017-18 he became the pitching coach for Danville Community College.  Part of his professional experience came from the years that he was a MLB scout for the Philadelphia Phillies, Florida Marlins, and Kansas City Royals. Coach Powell has had numerous young men to go on to play professional baseball.  He looks forward to assisting the Virginia Shredders team in another successful season. 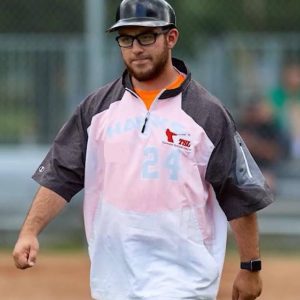 Coach Murray Ruggiero hails from Wallingford, CT. A two-way player during his collegiate playing career, Coach Ruggiero played at Adirondack CC in Queensbury, NY, Clinton Community College in Plattsburg, NY and at Central Penn College in Enola, PA.
Following his playing career, Coach Ruggiero transitioned into coaching. He was the head JV/assistant varsity baseball coach at Piedmont International University in Winston-Salem, NC from 2017-2018. Coach Ruggiero now serves as the national recruiting coordinator at Piedmont International and is also a full time General Manager at Ultimate Sports and Training in Wallingford, CT.
Coach Ruggiero served as the assistant coach of the Tidewater Hawks in 2017, managing the pitching staff, and in 2018 took the helm of the Tidewater Hawks in his first season as Head Coach. In 2019, Coach Ruggiero will be entering his joining the Shredders staff as Associate Head Coach.